BACK IN STOCK: Bobby, Paulie, Silvio and Jackie Dismiss

Humans and chickens have long existed on earth. We have domesticated the chickens for the human needs. But throughout the time, the way we feed chicken has not much changed. During the old times, people will just leave the chickens around and let the chickens feed themselves.

Although some people still do that today, more often than not, people just don’t want their chicken to wander around in their neighbor’s backyard for it may cause disturbance to the people living there. Other people prefer giving their chickens some proper chicken feeds in the chicken coop, instead of letting it wander around and feed on random food they find along the yard.

Feeding the chickens proper chicken feeds as they grow will help them grow healthy, strong and let them live their purposes of either becoming food, laying some eggs or just a pet for the people who owns them. This time, we will talk about the types of chicken feeds available for your beloved chickens to let them grow healthy and turn them into the kind of chicken you want them to be.

The chick starter is a kind of grain feed that has the highest amount of protein. It looks a lot like grains of sand or dirt. The high protein amount is needed by the newly hatched chicks for it to grow quick and healthy. 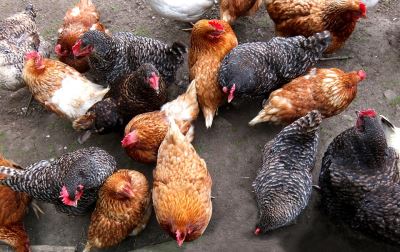 It is also in crumbles so that the chick can easily eat and swallow the chicken feeds. Feed the chick starter to the chicks that just hatched until they grow and graduate to the other kind of feeder, which is the grower feed at around 4-6 weeks of age.

The grower feed is a type of feed that has less protein than the chick starter, but still has more than layer feed, which is another type of feed. This type of feed is used to support the growth of the new c

hickens after 6 weeks of feeding with chick starter until they can lay their first eggs. 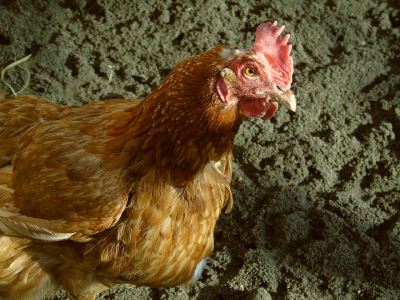 wasted than the crumbled ones. But others prefer the crumbled type and they make it into a porridge looking feed so it will waste less, too.

The layer feed is a type of feed that is fed to the hens when they started laying their first eggs. This feed is made to support their bodies for their egg production. This feed has a high calcium amount and is good for the egg production. 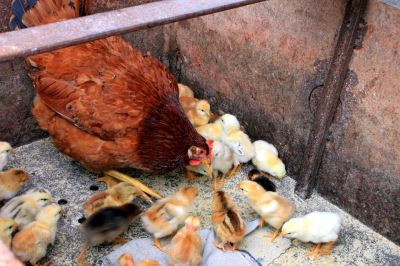 However, high calcium is harmful to the liver and kidney for those chickens who does not lay eggs, especially the young chickens and roosters and also those older chickens.

The layer feed is another type of feed for all the mixed flock of chickens you have. Whether the flock has some egg laying hens and some young chickens or even some rooster. 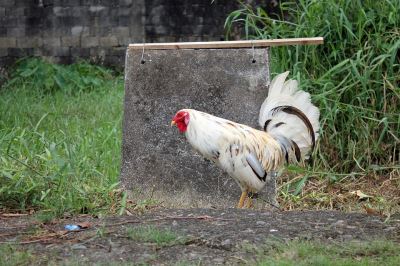 This is the all-around feed for all ages. However, feeding this type of feed to the hens that lays eggs means that the feed has less calcium that the hen needs for egg production, resulting in weak eggs and the bodies of those hens also weakens.

The broiler feed is a type of feed that is has a very high amount of protein, much more higher that you want for your normal chicken feed. This feed has one purpose, for the chicken’s fast growth and nothing else. 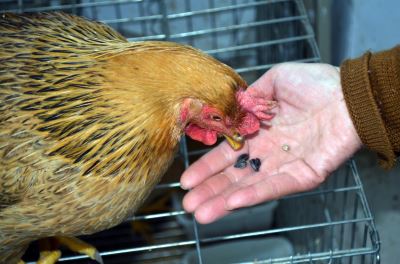 This is what commercial chicken farms use for their chickens for fast produce and delivered fast to the slaughterhouses. The feed makes the chicken grow very fast that in 2 months, you’ll have a full grown chicken.

The game bird feed is another type of feed that has a high protein amount, but less that the broiler feed. This is usually fed to show chickens. It can make their feathers shinier and have the chicken gain a bit more weight than normal chickens. 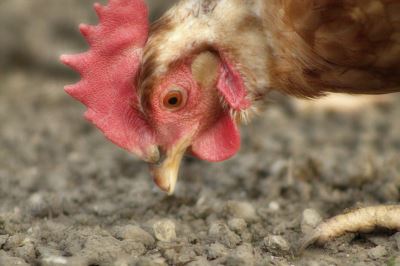 Some people also use this feed for elderly chickens for them to gain more weight. This feed is a bit more expensive than what you usually feed the whole flock.

Fermented feed is another type of feed that is made by adding any type of feed of your choice and mixing it with warm water and placing it in a container or an airtight bucket and letting it sit in hot or warm weather for 2 to 5 days. This triggers the fermentation process that changes the chemical composition of the feed and adding beneficial bacteria to it. It is like pickles for the chicken, but feeds instead.

Now, which of these types of chicken feeds do you think are best suited for your birds? Let us know by sharing them below.