Training a parakeet is fun and amusing, especially if he learns some trick or two in which you can be proud of to your friends or family. These energetic little birds are fast to adapt the their new environment, especially if you just adopted them. And more importantly, the parakeets are energetic and easy pets to handle. They also leave a little mess around because of their size which makes them perfect to adopt especially if you have a small place to live in.

Parakeets that are caught in the wild might take some time to train and get used to, but those that have been raised by humans or bred by humans are easy to handle and train. 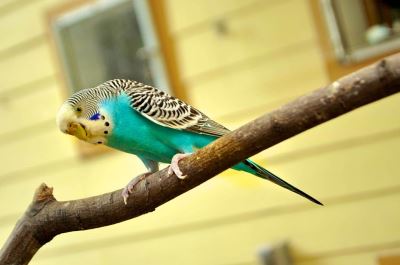 Before training a parakeet, there are some important things to remember and do so that you will have no problem in training your new feathery little friend.

After doing the preparations it is now time to do some finger training for your parakeet. If you are not sure that the parakeet will bite or not, you can wear a glove while training or handling the parakeet. Don’t forget to close the door and windows as a safety precaution. 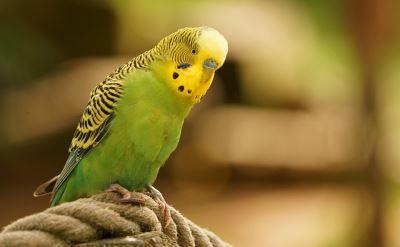 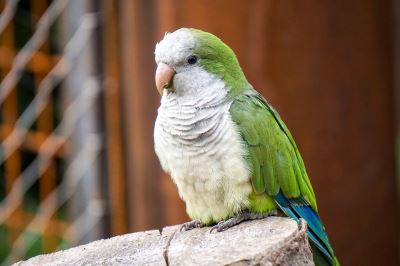 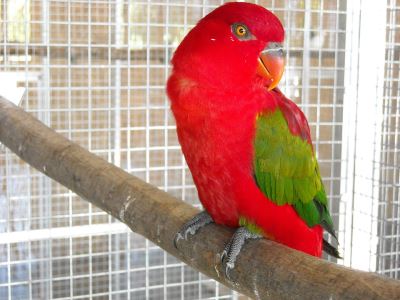 Taking the Bird Out

We start by taking the bird out after a day or two of leaving it without disturbing. Open the parakeet’s bird cage, if the parakeet comes out of his own will then that’s a good sign. If it does not go out on its own, try holding a piece of seed or millet next to your finger so that the parakeet has something to step on while he tries to get his treat.

If the parakeet still doesn’t come out of the cage after doing those things, darken the room just enough for you to see the parakeet but the bird can’t see or notice you. Grab the parakeet gently with a towel or with your hand while using a glove and gently place the parakeet on top of the cage.

Getting to Know Each Other

Don’t forget to have some treats around on this part, but just keep them ready. Slowly extend your finger to the parakeet and let it try to step up your finger just like what you did while getting the parakeet off the cage. The bird has 2 options, either go step on your finger or go try to fly in the room. If it does not go to your finger, offer some treats. For now the parakeet might be too scared to eat the treat. Don’t force the parakeet.

If the parakeet backs away, slowly follow it while keeping your finger extended so that it will have something to step on. If the parakeet flies away again just follow it. It won’t be able to fly far because you have already trimmed its feathers. Follow the bird and try to corner it. If it tries to defend itself don’t be discouraged because it is just normal. Extend your finger at the base of its feet and lightly push the bird. Sometimes the bird will jump on your finger, but sometimes it will not. Just keep on trying until the bird is on your hand.

Once the bird is on your hand, give him a treat as a reward but don’t force him if he does not want it. At this point you will try to let the bird step from one finger to another. Extend your free finger and lightly push on the base of the parakeet’s feet to let it step on it. Be alert for the parakeet might still bite you if you are not careful. Just try to let it step from one finger to another as its training.

If the parakeet flies away, just do the previous step again until the parakeet can move from one finger to another.

Just repeat the process but keep their training sessions short. Around 15 minutes once or twice a day is the best time to train your parakeet. Repeat until your tiny little friend is willing to come out of its cage and does not fly away from you.

Training a parakeet should be easy with our tips. Let us know your progress below!