Parrots are birds that have their own body language from your Amazon parrot wagging its tail to a Cockatoo raising its crest, but what does it all mean?

Tail expressions from your parrot

Many parrots are expressive with their tail and they will wag their tail to and fro quickly.
A parrot will wag his tail once he has fluffed up his feathers and do so as a form of greeting. If you approach your parrot and you see him wagging his tail quickly, then he is pleased to see you. Sometimes when you are interacting with your pet, he will do this to signal to you that he has had enough of one activity and wants you to begin the next one. If you have a cockatoo, you might notice that he does this just before he goes to the toilet.

Flaring of the tail is a form of expression of excitement, but it can also show agitation. If a bird has been aggressive, then you may see this behaviour as a precursor to an attack. 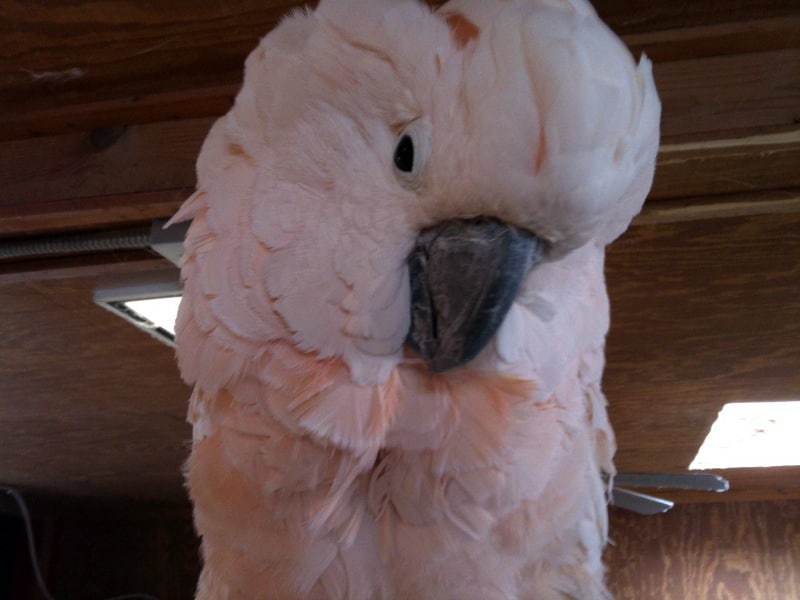 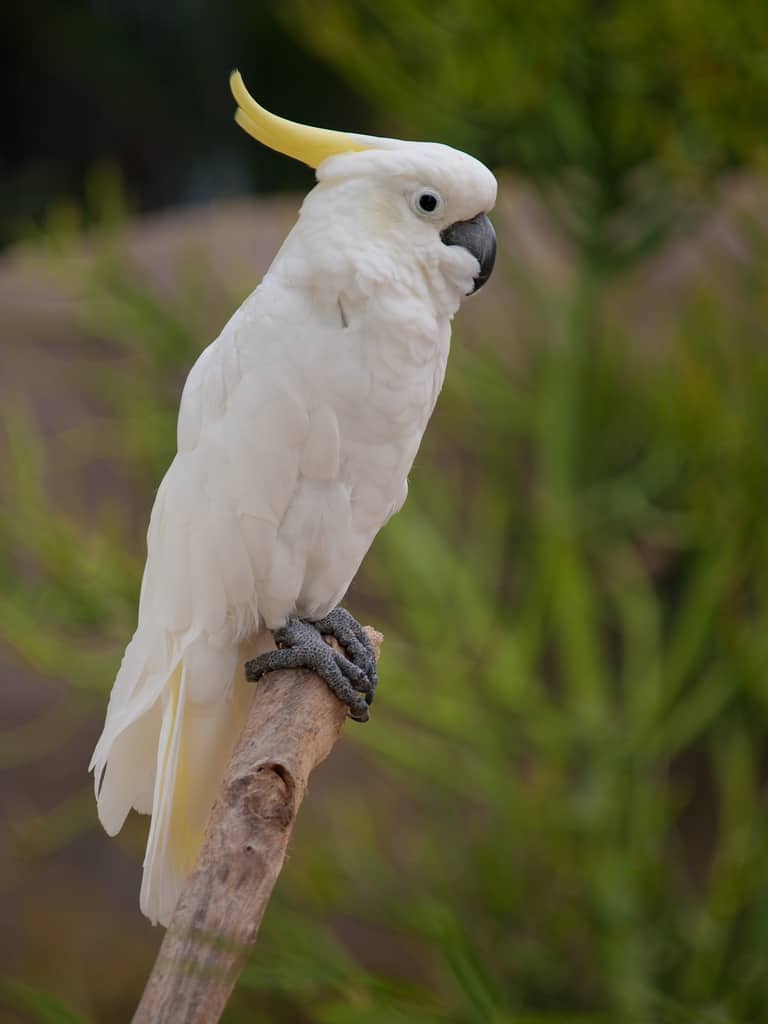 Preening is important to your parrot

All birds spend time preening. This is an important behaviour in maintaining flight by keeping barbs and barbules of the feathers intact. Parrots will preen their tail feathers if they are happy in their environment; however, you should be alert to birds that are pulling out their feathers. Feather plucking is damaging physically and mentally. When it becomes a habit, it can be difficult to deal with. Parrots are intelligent birds, so keeping your pet well stimulated and provided with plenty of toys and time out of his cage will help. Many species of parrot have a gland at the base of their back at their tail (some do not) that they will rub their beak against before preening; this adds an oil to maintain their waterproofing. If your parrot is wary of anything, they will not be comfortable preening as it would be distracting to keeping an eye on what is going on around them. If you keep pairs of parrots or you have different species of parrot kept together that have bonded, then you may notice them preening together. If you have a hand-reared or affectionate parrot, you may find that they will preen your hair or pick at your clothing.

Many birds with hooked beaks such as parrots will grind their beaks. They will often do this at times when they are resting or content. Similar to teeth-grinding in people, the action will wear the biting surfaces of the beak, and therefore help with maintaining a healthy beak. A parrot will also be fairly destructive and will chew anything, especially before the breeding season. All parrots nest in holes so they will chew to practice and prepare themselves for creating nesting sites although we normally provide nest boxes for this, their natural instincts remain.

A parrot will wipe its beak on a branch or on the bars of the cage to wipe off food and keep the beak clean. It is important to keep perches clean so that they do not spread infection. Some mites and other conditions can affect the beak and soft tissue around the beak.

Birds will also pant if they are too warm or have over exercised (in the same way as we do to catch our breath). This is a natural reaction that should stop in a short time. If a bird is stressed or overheated, then it is wise to move the cage to a cooler location but away from draughts.

You may also see your parrot bobbing his head up and down and regurgitating food. This may be me more noticeable if you keep parrots in pairs. If you have a single pet, then your pet may regurgitate food on you or their reflection in a mirror. It is often more prevalent in males of some species.

Remember that parrots will bite and it can be extremely painful. Parrots will also test the stability of fingers by biting, so it is best to offer a hand and encourage him to step up. A parrot can be territorial and bite to defend its cage or bite because it does not want to do something.

Expressive eyes of a parrot

If your parrot watches you or something else with one of its eyes, cocking his head, then he is likely to be showing a positive interest in what is going on. Parrots that are nervous do not like direct eye contact. You may have noticed the iris of your parrots eyes enlarge and shrink when he is experiencing a range of emotions. Your pet may be excited or angry. You would not be certain of your pet’s intention without reading other aspects of his behaviour. When a parrot shrinks its iris, flares his tail and has erect neck feathers, then he is preparing to attack you.

You will have often seen cockatoos and other birds bob their head. This behaviour is displayed by young birds begging for food from their parents. Older birds may still do this for the same reason – begging you for food. Cockatoos are also expressive with the crests on top of their head; again, like iris flaring, it has to be read alongside other body movements to establish if the bird is agitated, surprised or excited.

Parrots that are healthy and well-adjusted are affectionate pets. Some will turn their head and open up their neck feathers for a scratch.

A parrot will tap a branch with its foot to show who is boss. Male cockatoos will display dominance by expressing this behaviour. Some birds will do this when their owner is not paying enough attention to them.

A parrot will also posture with its wings, quivering them to beg for food or request attention. Birds will stretch out wings and legs at the same time. Young parrots will flap their wings against their body to beg for food, which can also continue into adulthood with their human companions.

One thought on “How to Interpret the Behaviour of Your Parrot”