Our office is closed Wednesday 26 January for the Australia Day public holiday. Please allow extra time for orders to be processed. Dismiss

Both have for many years been popular choices around the world as family pets. But they are completely different although related animals.

They are both from the rodent family but Guinea Pigs are a domesticated animal that belongs to the Cavia genus whereas Hamsters include some 25 species (including Syrian hamsters, dwarf hamsters, hand hamsters) in the Cricetinae genus.

In general terms, hamsters are more closely related to mice than Guinea Pigs. Guinea Pigs originate from South America whilst Hamsters come from Asia and Europe.

The most obvious difference is size. Guinea Pigs weigh between 700 to 1200 grams and their bodies measure from 20 to 32cms whereas Hamsters are around half that size.

Other details that will help you distinguish between a Guinea Pig versus Hamster is that Guinea Pigs tend to have a more rounded stubby appearance (large round head and rump and a stumpy neck) and are tailless. Hamsters have much more rodent-like features. 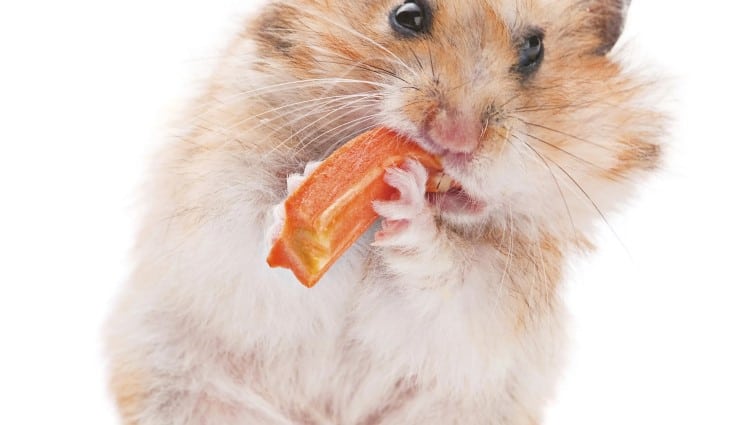 Guinea Pigs are herbivores and hay, grass and green vegetables will form the bulk of their diet.

Hamsters, on the other hand, are omnivores and will eat plant material as well as insects and worms. Hamsters have pouches in their cheeks where they can store food for snacking on later.

Guinea Pigs have an additional source of nutrition that hamsters don’t possess. Guinea Pigs are coprophages. This means that they eat their own faecal matter to access additional vitamins (especially vitamin B and K) and nutrients.

In fact, they produce two types of droppings; one is smaller, softer more yellow in colour and this is the type that they consume usually early in the morning or at night.

It’s important to make sure that you include sufficient vitamin C in your Guinea Pigs’ diet as they are unable to synthesise it otherwise.

This means you need to make sure you include lots of vegetable high in vitamin C such as spinach and broccoli. Hamsters are able to obtain most of their vitamin needs through their normal diet.

Guinea Pigs are highly social in nature and don’t cope very well when kept in isolation. Hamsters, on the other hand, are solitary and are often more aggressive and territorial.

It’s important when introducing any new pets (whether they’re Hamsters or Guinea Pigs) to a new environment with other pets that you do it in a gradual and closely monitored fashion. Hamsters can be particularly aggressive when their territory is invaded even by other Hamsters.

Both Guinea Pigs and Hamsters need to be handled from a young age to become familiar and relaxed with physical human contact. Handle both types of animal gently to avoid injury.

Guinea Pigs can become quite fearful and agitated if not used to the contact. Hamsters are more likely to respond to similarly stressful situations by biting and scratching.

Guinea Pigs will be active during the day but Hamsters only really come to the party at night time.

Fortunately, Hamsters are not highly vocal in comparison with Guinea Pigs so this isn’t usually a problem.

Guinea Pigs firmly keep all 4 feet on the ground whereas Hamsters will sit on their hind feet and hold food in their front paws while eating. 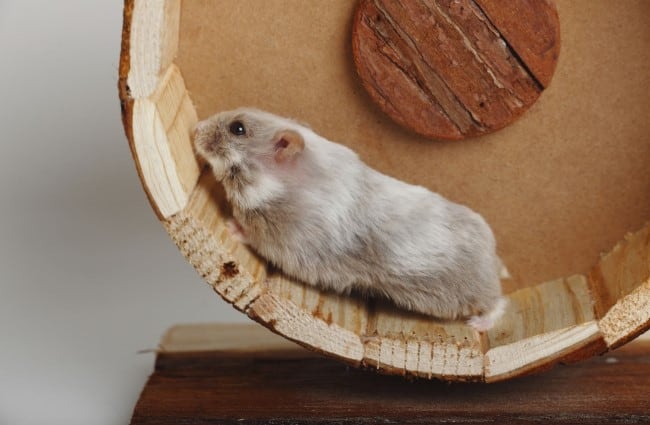 What About Health Issues?

As with any pet, Guinea Pigs and Hamsters need to be looked after properly to avoid health issues.

On the whole, Guinea Pigs are remarkable easy-care pets with few health issues provided they are kept well-fed and watered and housed in clean, dry conditions.

The life expectancy of Guinea Pigs is between 5 and 7 years.

Hamsters may develop a serious condition known as ‘wet tail’. It is particularly common in very young ‘Syrian’ Hamsters but it may affect other Hamster species too.

Hamsters may also develop a range of skin conditions or be host to a number of parasitic worms, mites and fungal infections. Hamsters will usually live for between 2 and 3 years.

Hamsters, Guinea Pigs and Gerbils may also carry some particularly serious zoonotic diseases that pose a real risk to humans.

Guinea Pigs are freely available as pets in Australia and there are no special regulations restricting your ownership of them as pets.

Hamsters, however, are completely banned as pets throughout Australia under the Environmental Protection and Biodiversity Conservation Act.

Anyone who imports or keeps hamsters as pets without a special import licence may face significant fines and even imprisonment.

This is because Hamsters pose a very real threat to Australia’s unique native flora and fauna.

If released into the wild it’s highly likely that, with their high reproductive rates and their dietary range, Hamster’s would cause severe disruption to a wide number of endangered native species.

There are also concerns about the possible introduction of exotic diseases that could cause disease outbreaks in humans or damage Australia’s valuable export markets.

The only allowable exception for the importation of hamsters is for medical research. 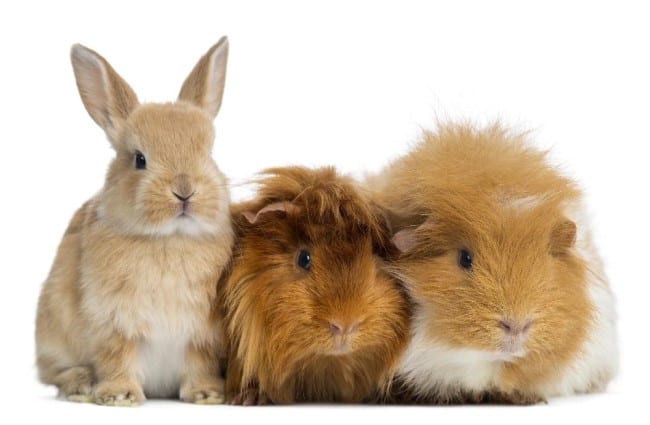 Gerbils are another member of the rodent family that have become popular choices as pets in other parts of the world. Gerbils also have tails.

However, in Australia they, like Hamsters, are banned and for the same reasons. Rabbits have been popular pets in the past.

Rabbits were once considered part of the rodent family but are now classed in the family of Leporidae.

Pet rabbits too are banned in many parts of Australia. The European rabbit (Oryctolagus cuniculus) was introduced to Australia in the 19th century.

Rabbits are a prime example of the damage that can be done by the thoughtless introduction of exotic animals, insects, and plants.

So, if you’re looking for a truly lovable pocket-sized pet you can’t go wrong with a Guinea Pig.