For dog lovers, the Siberian husky is considered to be one of the most beautiful and best breed of dog.

They look like a majestic wolf with beautiful glacial blue eyes that will melt the hearts of people passing by who will see them.

It is love at first sight for most animal lovers seeing a Siberian husky in the flesh.

And most importantly, they look so joyful and so fluffy that it makes you want to hug them and pet them.

But just like other Arctic dog breeds that are big or small, owning a Siberian husky has its pros and cons.

These are the following traits that people see on a Siberian husky that draws them into wanting to own these marvelous dogs.

The Siberian husky is a friendly and gentle breed of dog if taken care of properly. They are also very playful to whoever handles them.

They do not show suspicions on other people or even get aggressive with other dogs unless the other dog shows hostility. Siberian huskies are friendly to people and to other dogs.

Most of the time, they are also friendly with other pets like cats and birds or even your pet rodents. But it is advisable to supervise your dog when playing with other pets.

A Siberian husky has a lot of stamina which makes them a very active dog. They are very playful and also agile type of dog.

A Siberian husky enjoys being on the outside. They like to exercise which makes them a great companion if you like to do some hiking, running and even camping and biking. 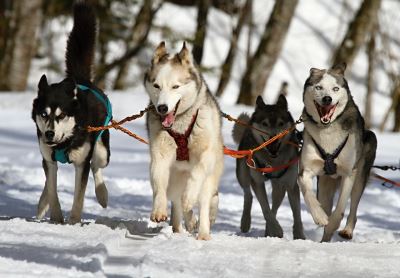 People who live in a place that snows all the time usually breeds Siberian huskies to have them as pet and also to pull their sleighs for easy travelling around the snow.

Unlike other dog breeds that give a bad odor even after few days after giving them a good bath, a Siberian husky does not stink or give off a foul odor.

Huskies like to clean themselves and are always meticulous on caring for their coats. Some pet owners can say that that a Siberian husky is like a cat in cleaning and licking itself.

One of the best advantage of having an Arctic breed, the husky as a pet is that they are originally bred to perform on a cold weather with minimal food in mind. 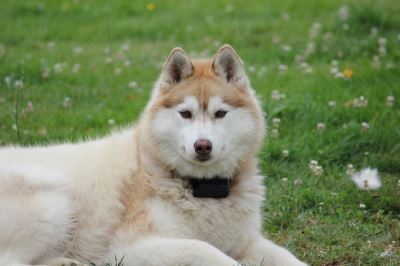 While the Siberian husky requires less food, it is important to consider to give them all the food they can have with the proper nutritional value for them to be healthy and lively.

Sometimes an overly attached dog is annoying to have especially if you want some space for yourself.

A Siberian husky is not an overly attached type of dog. As long as the husky knows or feels that he is within your pack it is alright with them. 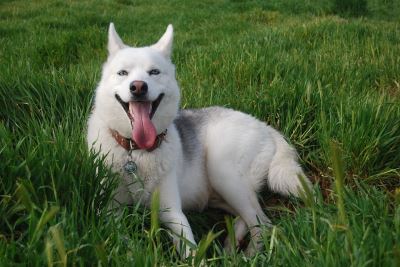 Some pet owners say that a Siberian husky is not a one-man dog that excels in loyalty.

They are the type of breed that is overly friendly with just anybody who approaches them.

This is one of the pros that people consider in owning a Siberian husky. They are very appealing and looks great.

They have a great coat, erect and pointy ears and a very fluffy tail that is irresistible to most people.

Don’t forget their gorgeous eyes. While other Ssiberian huskies have clear blue eyes, other huskies also have bi-color eyes which makes them more attractive than the usual clear blue eyed husky.

Cons of Owning a Siberian Husky

After reading all that wonderful things about the husky, let’s see if your soul will break after hearing the disadvantages of owning a Siberian husky.

The Siberian huskies are masters of escape. Untrained huskies will break out on even the smallest hole that they can squeeze into. 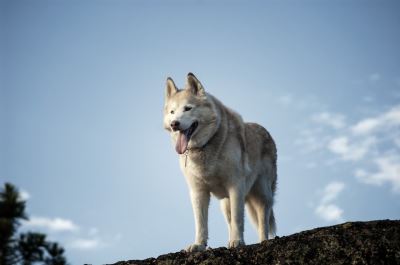 This usually happens if you leave your husky outside to play and they want to play and explore more further than your house.

A Siberian husky will find its way out, even if you keep them in their dog cages.

Remember when i said to supervise your husky when play with other pets? This is because the Siberian husky has a strong predatory drive.

Some huskies have been reportedly killed other pets within the house. This is because of their instincts to hunt and their predatory drive.

In the wild, undomesticated Siberian huskies hunt small animals in order to survive.

While the Siberian husky has a lot of stamina that let them play and stay active all the time, this can be a disadvantage to some people especially if that person doesn’t want to go outside a lot and exercise.

A husky does not require a lot of space inside the house but they do need their daily walks and exercise which can be a let down to some people.

Siberian huskies shed a lot of furs per year. They shed twice a year usually before summer and before winter. If cleaning shed furs is not your thing, then owning a Siberian husky is a big no for you.

Siberian huskies doesn’t bark a lot like other dogs, instead they howl.

Their howls can be fun to listen to but if you live in a place with a lot of neighbors then it is a big disadvantage for you.

You might get some noise complaints from your neighbors because of your dog’s howling.

Despite all these pros and cons, we think that Siberian huskies are nothing but adorable. Share you thoughts on these lovely creatures, too!