This blog post is a must read for both new owners of ferrets and those who have owned a ferret for a long time. If only our ferrets can talk to us and tell us what they have in mind, then things will be easy. But all we can do is have a good educated guess derived from scientific knowledge based on people who research about ferrets. 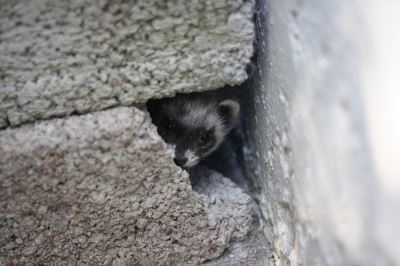 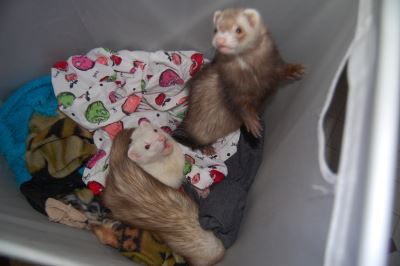 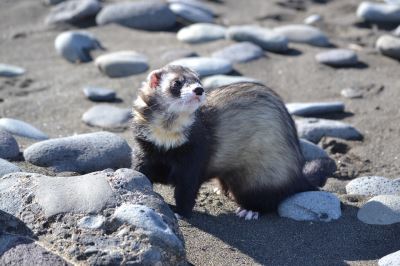 This behavior is common to all ferrets, since ferrets are active little critters. Try to poke your little buddy or hold him, while he is sleeping and he won’t budge from sleep. They go to a very deep sleep after a day of hard play, so you don’t need to worry about your little fluffy friend.

My ferret is digging on food bowl.

In the wild, these little creatures are natural born burrowers. So digging into their food bowl when food is served is normal for them. It is just their natural instincts kicking in. Though things might get messy when they dig in their food bowl, while there’s food in it, this behavior is hard to stop, so owners will just have to get used to this.

My ferret is a little hoarder.

Your little friend might try to hoard some of your little stuff lying around your house like silverwares, keys and keychains, and a lot more small objects. They will carry your little things around and try to stash them in his own ferret cage. You don’t have to worry about this (unless he hoarded your wallet with all your cash in it) because ferrets are also natural born hoarders in the wild. Though if they live in the wild, they can only nuts and other stuff that they can use for foods.

My ferret is making a hissing sound.

If your little buddy hisses on you, he might be mad or scared of something. This is just his way of saying “don’t mess with me, for i am in a bad mood” or “don’t you come near me, you’re scaring me”. You don’t have to worry about that. Just give him time or maybe some treats and eventually, he will stop his hissing behaviour towards you.

My ferret is nipping my toe.

You might be thinking that they are mad, but they are not. They are just trying to play around with you. It is just his way of saying “come play with me”.  But if you got a pair of ferrets and they try to nip each other, they just want to play around. So if he is alone, he will try to nip you instead. 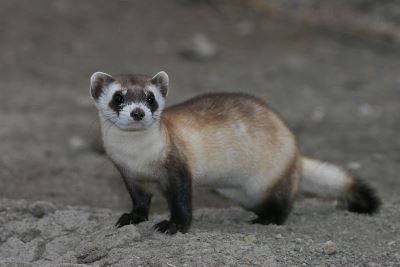 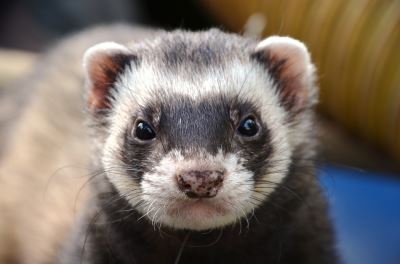 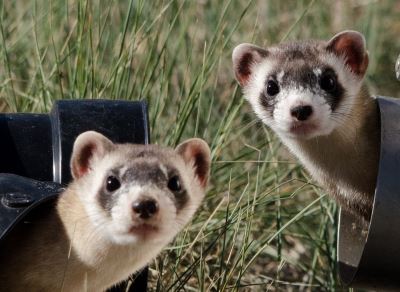 My ferret is wagging his tail.

Just like dogs, ferrets wag their tails too, when they are happy and excited. So the next time you see your furry friend wags its tail when you are around, he is just happy to see you and wants to play with you.

My ferret is poofing out its tail.

And just like cats, ferrets will poof-out their tail when they are scared or threatened. This is their defensive posture, which makes them look bigger or intimidating to the predator or to what it scared them.

My ferret is wrestling another ferret.

If you got a pair of ferrets, then this might be very obvious to you. They are just having fun playing with each other. No need to worry about them. Just let them play all they want and they will tire each other out. This is also their way of showing, who is the dominant ferret. You don’t have to intervene in their play, unless they try to bite off each other.

My ferrets are slamming into the walls and furniture.

The only explanation to this is that ferrets are clumsy. They also have poor vision added to their clumsiness equals bumping into almost anything in your house. You might want to baby proof some stuff on your table in case they bump into it.

My ferrets are trying to bite themselves.

If your little friend tries to bite himself, he is just trying to scratch his skin. He might be feeling an itch and is trying to relieve it. However, if he does this more often, then it is time for you to bring him to the veterinarian and have him checked because he might have some skin problems or some parasites living in his fur.

My ferret keeps on chasing me.

No further explanation needed for this. Your ferret is just playing with you. Try to run away from him and he will chase you. And if he does this, that means he is really comfortable with you and you should be happy with this.

As you can see, there are lots of interesting things we need to know about ferrets. Even so, they’re still fun to be with. Let us know some other strange behaviours you have encountered with your intelligent little ferret pals!