Some of you might already know these facts, but mostly do not. From landing on their feet to having a heartbeat that is twice as fast as humans, here are some interesting facts about cats. 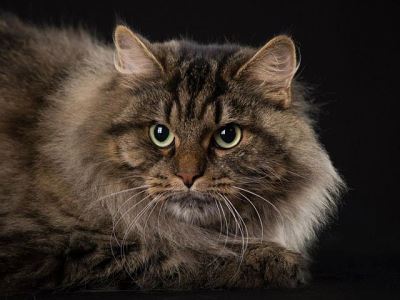 2. Cats don’t have sweat glands too, just like dogs. Instead they sweat through their paws.

3. The heartbeat of a cat is twice as fast as the human heart. It is around 110 to 140 beats per minute. Now, that’s fast for our feline friends. 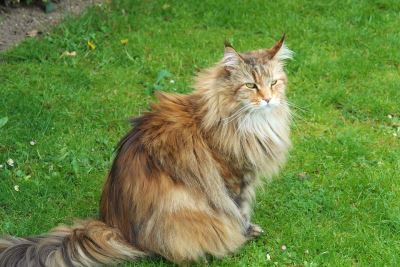 5. The cat’s ancestors are solitary hunters that prefer taking down small preys. While dogs, on the other hand, have ancestors that hunt in packs and worked together to take down large preys. That is why your cat likes eating small meals throughout the day, while dogs tend to eat as quickly as possible every meal.

6. Sailors in the past centuries have cats in their ships. They believe it is a good luck charm and most importantly, they help kill rodents that snuck up to their ship.

7. Did you know that cats experience emotions, too? Similar to the way we humans feel emotion, a cat’s brain consists of a gray matter that is almost similar with what’s found in our brain. Scientists and experts can’t agree on the range and depth of a cat’s emotion, but they do agree that they feel the same way we do. These emotions include: happiness, excitability, anger, depression, and playfulness. They may even “love too much” just like humans, and feel separation anxiety resulting to pacing, vocalizations, blocking their owners from leaving, refusal to eat and vomiting, and even urinating or pooping outside their litter box and cat scratching post.

8. There have been some cases of cats traveling very long distances, especially in finding their way home, and experts refer to this ability as psi-traveling. Some experts say that the cats uses the Earth’s magnetic field, while some think that cats use sunlight angles to find their way home. Now talk about having a built-in compass! If only that is possible with humans as well. 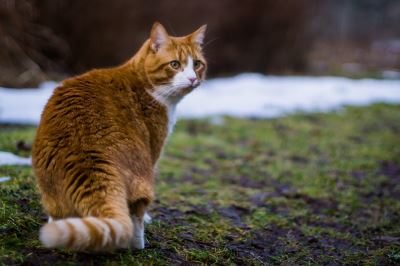 9. Cats can jump really high. In fact, they can jump as much as five times their normal height on a single leap.

10. Your feline friend can make a variety of sounds with their purrs and vocalizations, and they know what sound to make in order to get what they want from you. For example, during feeding time and they are really hungry, they will make their cries sound urgent in a manner that you can’t ignore.

11. To communicate with fellow cats, they use a slow blink that puts each other at ease and offers peace. If your cat blinks at you slowly, he’s showing his affection or like blowing you a kiss. Blink slowly to your cat too to give him a nice kiss. 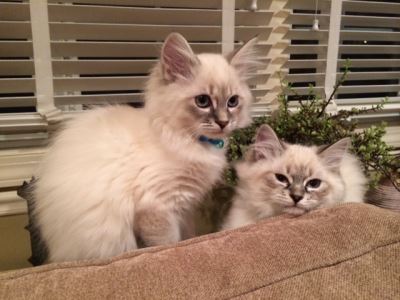 14. Your cats can detect your mood. They are very intuitive and more likely be able to pick up your mood by the sound or tone of your voice. They know when you are angry or yelling at them. If you want your cat to calm down, speak to them in a cool soothing, loving voice and you’ll be amazed by the result.

15. Did you know that the inventor of the cat door or pet door was Sir Isaac Newton? It is believed that it was accidentally created for the sole reason that he didn’t want to get disturbed by his pet cat going in and out while doing his research.

16. Cats always land on their feet. They always fall the same way. First, they rotate their head when they are falling, then they twist their spine around, followed by a rear leg alignment. Finally, they relax into it and arch the back, thus lessening the impact of the fall. But please don’t experiment with your cats at home. Just take our word for it and keep your cats safe. 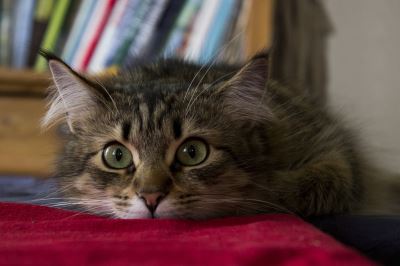 18. Most cats usually spend their day sleeping. They sleep ⅔ of the day just sleeping and chilling with no care around them. That means a 9-year old cat has only been awake for 3 years of its entire lifetime.

19. Cats hate water because their fur does not insulate so good when it is wet, but there is a breed of cat that likes to swim. Its coat has a unique texture that makes it water resistant, and that is the Turkish Van.

20. While many parts of Europe, Asia and North America considers a black cat to be a sign of bad luck, in Britain and Australia, they are considered a sign of good luck. So if you have a black cat in Australia, consider yourself lucky. 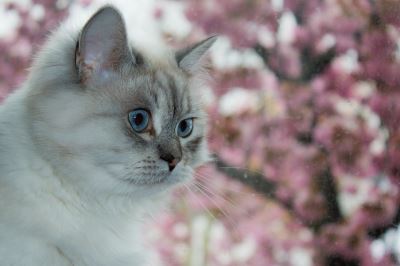 Which of these facts do you already know? Let us know by leaving comments below!